Few names in American history awaken echoes as Roanoke does. Roanoke Island . . . this is where, more than four centuries ago, the curtain began to rise on English colonization in the Americas  . . . then dropped, never to lift again for that brave small first colony.

What happened to them? Where did they go and why? To understand it all, to see the significance of this small, still-forested island, we'll have to go back –all the way to the 1580s.

In those days Spain, not England, ruled the waves and the treasure lands in the New World as well. The Conquistadors had devastated South American Indian empires in their lust for gold. But they had left North America untouched except for a settlement at St. Augustine, Florida. The French, too, were active, trying (and failing) to establish colonies in Canada and in South Carolina.

England was not in those days the daring seafaring nation she later became; but interest in the new lands was slowly building, fannd by Queen Elizabeth's refusal to bow before Spanish might. It was Humphrey Gilbert, Sir Walter Raleigh's half-brother, who first advocated actual colonization of America, both as an advanced base for operations against the Spanish and to settle ". . . needie people of our Countrie, which now trouble the common wealth." Gilbert himself was lost on an expedition in 1583, but Raleigh caught the fever for colonization from him.

And fever it was. Raleigh, almost alone among his contemporaries, seemed to have some idea of the possibilities this vast, temperate, fertile land held for permanent settlers, and he was  determined that they should be, not Spanish or French, but English.

In 1584 Raleigh dispatched his first exploring expedition. On July 4th, a date later to be commemorated throughout the land but for different reasons, Captains Arthur Barlowe and Philip Amadas arrived off the Banks and began their explorations. They landed north of Kitty Hawk to take formal possession and were astounded at the profusion of cedar, deer, wildfowl and wild grapes. They met the local Indians, who had a village on the northwest end of Roanoke Island and found them friendly. They left after a month, taking along two Indians named Manteo and Wanchese, and their reports caused a stir in England. In fact, by the very next spring Raleigh had outfitted seven ships and 600 men, getting them to sea in April. Again, Raleigh himself Spanish could not go; Elizabeth wanted him in England in case of Spanish attack. Sir Richard Grenville was placed in charge of the fleets, with Ralph Lane as Lieutenant Governor.

Grenville had a little trouble at Ocracoke Inlet. His flagship Tiger went aground and was almost lost, but he freed and floated her and pushed on into the sound.

He took a week to explore the mainland within the sounds. The English visited several Indian villages and were well received at most. After a visit to one, however, Aquascococke, Grenville found himself missing a silver cup (it is possible there was a misunderstanding about an exchange of gifts). Unable to regain it, he had his men burn the town then proceeded on his explorations.

At last, he pushed on up the sound to Roanoke and after some time decided that this would be the site for the first settlement.

Why did Grenville and Lane choose Roanoke? There were better sites for a colony already known – the Chesapeake Bay area, farther north, had much better soil, deep rivers and better harbors. They may have chosen Roanoke because it was inaccessible to large ships – Spanish ships. Or it may have been a simple miscalculation.

The 600 men spent the summer building a small earthworks fort, Fort Raleigh, and a few houses. In August Grenville sailed with his ships, leaving now-acting Governor Lane in charge of 107 remaining men.

The winter was not easy, but more ominous than the weather was the worsening of relations with the Indians. Lane and some of his men explored up the rivers of the Albemarle, following rumors of cities of gold, but their methods of obtaining food and information quickly turned the inhabitants against them. When he returned, Lane, alleging conspiracy, then led an attack on the village of the Roanoke weroance (king) Wingina, killing the chief and his advisors. Afterward, he tried to set up Manteo, who remained pro-English to the end, as the new king, but it was evident that English and Indian were beginning to regard each other as enemies.

Perhaps that was why, when Grenville was late in returning, Lane decided to pull out when Sir Francis Drake stopped by in the spring. Grenville’s relief fleet arrived just a few weeks later, and he was surprised to find the island deserted. Unwilling to abandon the fort, be left 15 soldiers there to winter over before sailing again for home.

High dreams were dreamed that winter of 1586-7 in England, for Raleigh was pulling together, at long last, his colonizing expedition. Led by John White, three ships left Plymouth, carrying 115 men, women and children.

The first mystery met them when they landed. The 15 men Grenville had left were gone; only one skeleton was found, moldering beside the demolished fort.

The new colonists shook their heads, doubtless prayed, but pitched in to clear land and build homes, guarding always against the hostile and shadowy figures in the forest. On August 18 a child was born, Virginia Dare, the first English child born in the New World (though let us not forget that the Spanish had been around, farther south, for almost a century). Governor White, her grandfather, left with the autumn for England to organize more supplies and colonists.

But war intervened, war with Spain, and with Philip's Armada menacing England, Elizabeth had no ships to spare for Raleigh's dream colonies. It was not till 1590 that White was able to return, and when at last he landed again on Roanoke, the village had been evacuated, and the colonists had gone . . . where? On a tree and a post nearby were carved the words CROATOAN and CRO. But on Croatan Island no traces have ever been found.

What happened to the Lost Colony?

Paul Green, in the last scene of his historical drama of the same name, suggests that they abandoned Roanoke because of a Spanish threat, hoping to stay with friendly Indians of Manteo's tribe. As to what happened after that, many theories have been advanced over the years. One, widely believed early in this century but now largely discredited, was that the main body found friendly Indians at Croatan Island (modern day Hatteras), intermarried with them as they wandered about North Carolina and survived until modern times in the English surnames and blue eyes of the Lumbee Indians of Robeson County.

The story possesses endless intrigue, and recent developments in 2016 are no less enthralling. From hidden symbols on long-forgotten maps to archeological digs where X marks the spot, the Lost Colony’s story continues to capture America’s imagination. For more than 400 years, archaeologists, scholars and historians have tried to decipher the whereabouts of America’s Lost Colony. One of the most exciting developments is the discovery of patched sections on the Virginia Pars map, drawn by John White and now kept in the British Museum. Analysis revealed symbols hidden for centuries including one that indicated a fort 50 miles inland from Roanoke Island, a potential site toward which the Lost Colonists may have aimed. Archeological digs at the location, dubbed Site X, revealed shards of Elizabethan pottery.

Roanoke was left to the Indians for a long time after, but eventually, circa 1655, the press of whites southward out of Tidewater Virginia reached the Northern Banks, and families still seen today on the island –- names like Gallop, Baum, Meekins, Tillet, Daniels and Midgett – settled down to stay. The small population was supported by stock raising and small-scale farming through the 17th and 18th centuries.

The Civil War on Roanoke Island

The Civil War began the process of the island's awakening with a cannonade. At 10:30 a.m., February 7, 1862, a gigantic shallow-draft Federal fleet, with 12,000 troops aboard, began a bombardment of Confederate shore batteries on the northern end of the island (an overlook at Northwest Point today commemorates this battle). That evening 7,500 Federals disembarked at Ashby's Landing (now Skyco). The next morning they moved north, opposed bitterly every step of the way up the island, till a final charge routed the Rebels, who surrendered. The war was marked also by the quartering, on the northern end of the island of some 1,000 newly freed slaves, most of whom were relocated off the island when the war ended. The site, known as the Freedman’s Colony, was a thriving community with a school and churches and laid out to resemble a New England-style village.

As population increased after 1865, homes clustered around the two harbors at Shallowbag Bay and at Mill Landing. These were referred to respectively as the Upper End and Lower End of the island. Around 1886 the Lower Enders grew understandably tired of being called that and chose the name of Wanchese for their (still unincorporated as of 2017)town; Manteo followed suit, incorporating in 1899, shortly after being named seat of newly formed Dare County. Since then Wanchese has grown slowly but still remains the center of commercial fishing and a quiet community. Manteo, on the other hand, has become a tourist destination in in its own right but with a focus toward maintaining its cultural and architectural heritage.

In 1902, Reginald Fessenden, a pioneer in the development of radio, transmitted signals from an apparatus on Roanoke Island to one on Hatteras.

In 1928, a privately constructed bridge first connected the island with the beach at Nags Head, opening the outer islands to development.

In 1937, The Lost Colony was performed for the first time.

After World War II, the stabilization of the Banks and the construction of roads and bridges, along with the creation of the National Park, brought modern tourism and real-estate development to the island.

Today Roanoke Island has two characters. For a portion of the year – mid-November until late April – it is a quieter, low-key area where almost 6,750 permanent residents know one another by face, at least. All this begins to change round about May, when the golden tide of tourists begins, and the months of summer are full of activity, especially at the island’s popular attractions such as Fort Raleigh, The Lost Colony, The Elizabethan Gardens, the NC Aquarium, Island Farm, Roanoke Island Festival Park and in the restaurants, shops, pubs and stores of Downtown Manteo and along Route 64/264. Still, though activity is brisk, Roanokers have not yet succumbed to full-scale commercialism.

Some of the island is still wild, thanks to National Park Service and U.S. Fish and Wildlife land, with forests and marshes covering a portion of the land outside the town. The people are still friendly, and beauty still lies on the land during the long humming evenings of summer. As Amadas and Barlowe found in 1584, this might still be said to be ". . . the goodliest land under the cope of heaven."


Just For the Beach Rentals 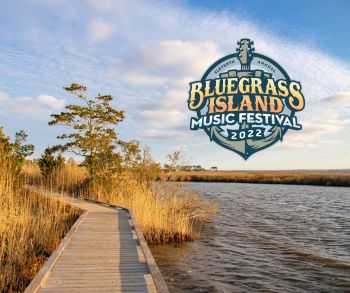