The early history of Kill Devil Hills is indistinguishable from that of Nags Head and Kitty Hawk. In the old days they were all simply part the “the beach.” The Kill Devil Hills themselves, a region of large, moving dunes, were unpopulated, though a small community known as Rosepock existed during the 18th century in the  soundside woods north of Kill Devil Hill proper.

The name? There are almost as many explanations as there are sand hills. Some say that one happy day a cargo of New England Kill Devil rum came ashore and the Hill region was named in memory of it. Some say the name may be a corruption of Killdee or killdeer, a shore bird once common around the dunes. And there are the legends about bargains with the devil and even more elaborate explanations undoubtedly made up after the fact in order to answer visitors, who persist in asking "why is it called Kill Devil Hills?"

At any rate, this patch of sand hills south of Kitty Hawk and north of Nags Head had been called Big Kill Devil since at least 1808, and the highest of them, naturally, was called Kill Devil Hill. But it wasn’t until the dawn of the 20th century that they found their niche in history.

This is the way it happened.

Way out in Ohio, along about 1899, two Yankee brothers, bicycle mechanics, took up building flying machines as a hobby. No one in those days had yet flown a powered, heavier-than-air machine, and therefore many of their neighbors thought their hobby odd.

In August of 1900, Wilbur and Orville Wright had completed and tested some flying models and were ready to build a man-carrying glider. Examining records of mean wind velocities from around the country, they found that according to the Weather Bureau a place called Kitty Hawk, in North Carolina, had strong, steady winds. They did a bit more research and found that it also had bare hills, made of nice soft sand, the better to crash-land into. Writing ahead to the Kitty Hawk Weather Station, they received assurances that the strength of the wind and the nature of the land answered their requirements. Captain Bill Tate, a prominent Kitty Hawker, wrote, “If you decide to try your machine here & come I will take pleasure in doing all I can for your convenience & success & pleasure, & assure you you will find a hospitable people when you co among us.”

Wilbur arrived first, on September 13, after a miserable two-day schooner trip from Elizabeth City, and set up camp near Capt. Tate's home, about 4 miles north of Kill Devil Hill, in what is now Kitty Hawk. Orville arrived two weeks later, and they soon had their first glider assembled, flying it for the first few trials with lines, like a kite. Later, they carried it 4 miles to the 90-foot-high sand hill and made about a dozen glides, taking turns piloting it. Their total time aloft was about 15 seconds. That ended the gliding season for 1900. Their time in the air had been short, but they had learned some important secrets. The lifting power of the wings was less than they had expected, but the wing warping system they had invented to enable them to turn the machine worked beautifully. They left for Dayton resolving to return the next year.

By summer of 1901 they had completed the second glider, a larger model with wings 22 feet wide and of 7-foot chord with increased curvature to conform to Otto Lilienthal's aerodynamic tables. They arrived at Kill Devil Hill with it on July 10 and put in a few days building a 16x25 shed and drilling a well. Between July 27 and August 20 they made several dozen flights. They discovered that Lilienthal's figures were wrong. They decided that a vertical surface was needed at the tail. But in spite of that, they succeeded in gliding farther and more skillfully than anyone had before.

The next winter in Dayton passed swiftly. There was the bicycle business, of course, which was taking off; yet the Wrights found time to build the first scientifically accurate wind tunnel and to carry out their own calculations of wing curvature versus lift. By September 19, 1902, they were back at Kill Devil Hill with a new glider, not much bigger than the old one, but designed now to their own growing knowledge of aerodynamics. And it had a tail.

Over a thousand flights in September and October of 1902 proved that they were very near the secret of flight. The glider soared, remaining aloft for more than a minute and going more than 600 feet. When they added a movable rudder to the vertical tail, the basic idea of the airplane was complete.

Satisfied with the glider itself, they went back to Dayton to buy an engine. But none were available that met the Wright's rigorous specifications. So they built one, a four-cylinder, aluminum-block gasoline engine that delivered between 9 and 12 horsepower. Then they built a complete new plane. Finally they started on the propellers, discovered that no one really knew how to design one and learned how themselves. Then they built them.

The final result did not look much like the planes of today, but all the elements were there. A 40-foot span double wing with aileron control interacting with a movable rudder. Attitude was controlled with horizontal elevators. A gasoline engine, placed alongside the prone pilot on the lower wing, driving two counter-rotating pusher props. And a launching system – a rail down which the plane could roll on a little dolly, which then dropped off.

They arrived at Kill Devil Hill for the fourth time in September, 1903. Completely ignored by the press and the outside world, they built another shed, repaired various breakdowns and ground-tested the machine.

On December 14 they were ready to fly. A sheet, taken from the bed and nailed to the side of the quarters building, brought several husky men trudging over the sand from the Kitty Hawk Lifesaving Station, about a mile away. The launch rail was set up near the top of the hill; Wilbur won the toss; the engine was warmed up, and the flying machine slid down the rail. Wilbur, overeager, brought the nose up too fast, stalled the plane and dropped it into the sand at the foot of the hill.

After two days' work, repairs were completed. December 17 dawned cold and very windy with 27 mph clocked at the government weather station nearby. The brothers dragged the machine out again and called the lifesavers. With the wind so strong, they decided to to from a level track and set the launching apparatus up near the sheds. At 10:35 Orville climbed aboard and started the engine. The propellers began to turn.

. . . lifted from the track just as it was entering on the fourth rail. Mr. Daniels took a picture just as it left the tracks. I found the control of the front rudder quite difficult on account of its being balanced too near the center and thus had a tendency to turn itself when started so that the rudder was turned too far on one side and then too far on the other. As a result the machine would rise suddenly to about 10 feet and then as suddenly, on turning the rudder, dart for the ground. A sudden dart when out about 100 feet from the end of the tracks ended the flight.

He had been in the air only 12 seconds.

11:20 a.m.: second flight, Wilbur piloting. The wind dropped for a moment and the machine flew faster, going 175 feet in 12 seconds.

The brothers planned to go for distance on the next flight, perhaps as far as the lifesaving station, but a few minutes later, as the flyer was sitting on the sand, a gust of wind struck. The machine rolled over and over, destroying itself. The 1903 flying season was at an end.

That afternoon, after eating lunch and washing their dishes, the brothers walked to the Kitty Hawk weather station, which had a telegraph connection. Orville wrote the famous message:

In 1904 the Wrights shifted their experiments to a farmer's field near Dayton, extending their flights to 24 miles in 38 minutes by the end of 1905. Incredibly, they attracted little attention, even in Dayton. In 1908 they returned to Kill Devil Hill to test new aircraft, engines and control arrangements, and there, belatedly, the press discovered them. The rest is history.

Kill Devil Hills' meagre population began to grow rapidly when Roanoke and Currituck sounds were bridged in 1920 and 1930. The hill itself, which Army engineers had stabilized with grass in 1928, was capped with the Wright monument in 1932. In 1938 the growing citizenry gained a post office and in 1953 became an incorporated town . . . named, of course, Kill Devil Hills. Though it has a large permanent population, it is also one of the most popular resort communities, welcoming thousands of visitors and summer residents each year to enjoy sun, sand, sea, and wind.

Receive a complimentary bottle of wine at check-in just for liking us on Facebook! 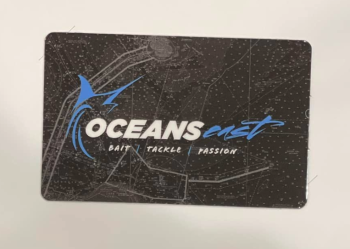