Click here for the latest in North Carolina's reopening guidelines.

A History of Ocracoke Island 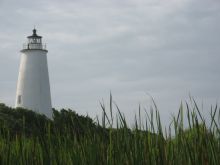 Ocracoke Island is the most remote inhabited island of the Banks, and Ocracoke is the southernmost town within the limits of Cape Hatteras National Seashore.

It's reached by ferry from Hatteras Village. The trip across is fast, free and scenic, following a winding course west of Hatteras Inlet, in the calm waters of the sound. Even when the surf breaks whitely on the bar the ferry hardly rolls. Feeding the gulls that hover over the moving ferry and dive for tidbits is part of the fun of the crossing. They'll actually snatch bread from your hand when the action gets competitive!

Bring binoculars if you own a pair. To your left as the ferry hums along you can see the distinctive vegetation and wildlife of the sound side of the Outer Banks. Low, sandy islets slip by on either side as the ferry approaches the pier on the northeastern end of Ocracoke Island, and Highway 12 resumes, 13 miles down the island to Ocracoke village.

Most of the island is still just as uninhabited as you drive down it as it was on a spring day in 1585, when seven English ships appeared off Ocracoke Inlet.

Sir Richard Grenville was in command, a seasoned, experienced soldier. He had about 300 troops aboard his fleet. His mission, entrusted to him by Sir Walter Raleigh and Queen Elizabeth, was to establish a permanent English base in the New World. He was to fail at Roanoke Island; but that summer no one yet suspected the fate that awaited those first colonists.

The Banks welcomed him in characteristic fashion, leaving his flagship, Tiger, hard aground on the bar. He and Ralph Lane took advantage of the delay to explore north and west in smaller vessels. When the ship was floated and repaired, he headed to Roanoke, leaving the island sleeping and deserted once again.

It's thought that the name Woccocon, which was applied to the island at first, was derived from the neighboring Indian tribe the Woccons. But its precise derivation, like that of so many Outer Banks names, is unclear, as is its subsequent degeneration through Wococock, Occocock, Ocreecock and other variations to the present Ocracoke. Spelling held a low priority in those days.

Most of the island remained in its wild state, with sheep, cattle and horses released by the early owners to graze freely. But the gradual increase in colonial trade in the early 18th century saw more and more ships using the inlet, in those days deeper than it is now (too, ships, were of shallower draft). In 1715 the colony of North Carolina established Ocracoke as a port, setting aside land on the western tip of the island for the homes of pilots (a pilot meets incoming ships at sea and guides them safely in. Pilots are generally older men, brine­encrusted, who know the configurations of sand bars and channels from painful experience).

A new problem also arose: pirates. They interfered with the pilots, terrorized the inhabitants of the islands, boarded and robbed ships at sea, murdered crews and passengers and made themselves generally unwelcome. John Cole, Robert Deal, Anne Bonny and dozens of others operated along the Caribbean and Southern Atlantic coasts in the early eighteenth century.

But it was the notorious Blackbeard, standing out as the worst of a bad lot, who left his name stamped on the Outer Banks and on Ocracoke, one of his lairs. Much of his early career lies somewhere between conjecture and legend. It is thought that he started as an honest English tar named Edward Drummond, born, perhaps, in Bristol.

He may  have started, like many pirates, as a privateer  – a sort of seagoing guerrilla. But by 1716 he had turned pirate, calling himself Edward Teach. He had found his metier, and his rise was rapid. He seems to have been a man of organizational ability, for in short order he was in command of a sizeable fleet of ships and some hundreds of men.

He also  understood advertising. An evil reputation is a great thing to a terrorist, for it weakens the other side's morale and leads to quick capitulations. Blackbeard was a master in dressing for success and winning through intimidation. Tall, broad and with a bushy coal-black beard, he festooned himself with cutlasses, dirks  and loaded pistols. In battle his beard was plaited, with little ribbons to add a festive air. Lighted cannon fuses dangled from under his hat, an affectation of dubious safety with primed flintlocks in his belt, but unquestionably effective in giving him the air of the very devil.

And a devil with political clout. He bought Governor Eden of North Carolina and was able to move ashore to Bath with his booty in 1718. Like many men, he became bored with retirement, and before the year was up he was out raiding again part-time. Eden stayed bought and did nothing, so a few citizens went north to ask a favor of Governor Spotswood of Virginia.

Spotswood sent the Royal Navy. In November of 1718, Lt. Robert Maynard left the James River, heading south in two sloops manned with sailors from British men-o’-war. Maynard must had had confidence in himself; his two small sloops had non cannon, only small arms. The shallow-draft boats were able to penetrate where larger warships could not go, and Maynard was able to track Blackbeard’s Adventure to Ocracoke Inlet.

Dawn, November 22. Ocracoke Inlet resounded to the boom of pirate guns and the crackle of British musketry fire. The Adventure grounded, but her well-laid cannon took heavy toll of the Royal Navy men. Maynard ordered them below, then  stood ready on deck as his sloop drifted down on the larger ship.

They met. Teach's men launched a volley of grenades and swarmed aboard. The sailors came up from below to begin a merciless hand-to-hand struggle. The pirate chief and the lieutenant faced each other. An exchange of pistol balls wounded the pirate, but in the next moment he had broken the officer's sword with his cutlass. Another sailor sliced the massive buccaneer in the neck, but he fought on ... then collapsed. The battle was over.

The pirate's head was cut off and hung from the rigging for the trip back, that all might see he was dead. The body was thrown overboard, where, island legend has it, it swam seven times round the ship before sinking. Most of the rest of his crew were taken to Williamsburg and given a fair trial before they were hanged. His treasure? Probably there was none – he spent what little money the coasting trade yielded. But legends persist….

With the pirates cleaned out, trade flourished. Most of the seaborne commerce of North Carolina, and much of that of Virginia, came through the inlet, and gradually families settled there to service the ships. There were sporadic Spanish incursions and raids in the 1740s and 1750s, and at one time they even had a camp on the island. But eventually peace came between England and Spain and they went home.

It was in 1753 that the village became a recognized town, and then there were only about a hundred inhabitants. Most of the island remained in a wild state. The inlet was fortified in 1757. Across the water, the town of Portsmouth was also growing up, and the little port of Beacon Island Roads, as the two towns were commonly called, was doing well when the Revolution arrived. Much of Washington's army was supplied through Ocracoke, and coastal North Carolina trade remained intact although the British patrolled outside, landed troops and engaged in various futile retaliations.

After the war, the lighthouses were built by the new government, the first in 1798 on Shell Castle Rock, the second (the present one) in 1823. But even as they went up the golden age of Ocracoke was drawing to an end. Hatteras and Oregon inlets opened during a storm in September of 1846, and as these were deepened by out­flow, Ocracoke Inlet began to shoal. The fort was abandoned by the Confederates in 1861, and the government sank several ships loaded with rock in the channel to seal it. Such seagoing traffic as remained to the Banks – for by now oceangoing ships had grown much larger and deeper – shifted to Hatteras Inlet. After the war the village declined to a hundred or so inhabitants, who subsisted as fishermen, boatmen or lifesavers. Many went to sea, and not all of them returned.

It took a war to bring new life. Silver Lake Harbor (formerly Cockle Creek) had been dredged out in 1931, and in 1942 a naval base was established there. As cargo ships burned offshore, as oil and debris and dead bodies drifted ashore, telephones and paved roads were brought to the villagers. The base was closed in 1945, but in the mid-50s the National Seashore and the highway brought a new source of revenue: the tourist.

Today tourism has taken over from fishing as the island's livelihood (though the same road service that has brought visitors also made crabbing commercially feasible). And they do come, more every year, in a two-season economy of tourists in the summer and fishermen in the fall. Electricity came in 1938 and the first paved road in 1951. In the late seventies an ABC store, a doctor and a night spot arrived; in 1985, television, in the form of a 3.5 meter dish and cable; in 1987 the first lakefront condo opened. Gift shops and restaurants are proliferating.

But a walk or a bike ride will show you that Ocracoke hasn't been spoiled yet. There's still no record store, no barber shop, no movies, no crime, not one fast-food joint. Some of the streets are really only sandy paths, still unpaved and not likely ever to be. Walking them on a soft summer's night is as close to inner peace as many Americans will ever get.

And still to the north and east Ocracoke Island stretches out unpopulated and untamed. The sea roars against the rows of dunes; the road, silent and empty, shimmers amid the beach grass and yaupon. Toward the sound the ponies graze warily, and Ocracoke is quiet by the jealous sea.

Enjoy 20% off adult dinner entrees for your entire party when seated between 4 and 5 p.m.. 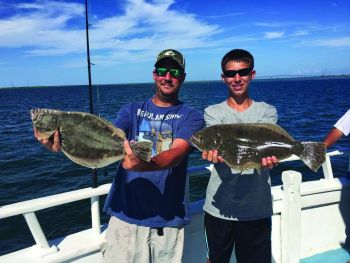